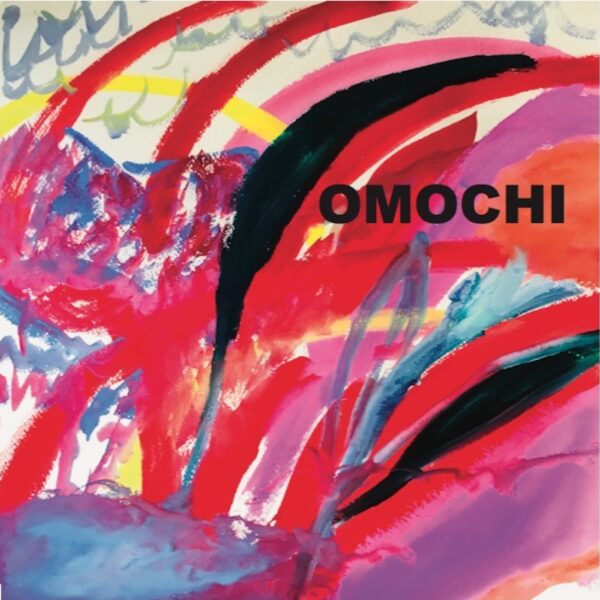 Omochi’s debut single, Devil is an amorphous urban lysergic bass pop expulsion. A motorbike ride through late night Tokyo, headlights and neon ooze across wind battered eyeballs. A sudden lurch takes the ramp up to the overpass, revealing the electrified vista. With a dime bag of psychoactive tweaks and bleeps, a foraging bassline – a Billy Cobham on K. Dial-ups crying out to connect, once the signal catches, it’s moved out of view, as the organ mourns the hint of dawn on the horizon.

A Happy Moment: percussive spasm, bass once again lurches, unfolding. Omochi’s lyrical push-me-pull-you phased out vocal, the drum machine falls down the stairs, while church organ goes secular, concentrating on the notes outside – mind your pews and Qs.

Omochi, (honorific “O” before mochi – show some fucking respect) in daily parlance is actually a rice cake, a dense glutinous product suited to many recipes, be they sweet or savoury. Stick one under the grill, watch it burst open, wrap it in crisp seaweed and dip it in soya – a healthy snack, and a staple around Japanese New Year. Like everything, Omochi also has its dark side – each year it kills off a small section of the aged community, the gluey bolus a hard act to swallow – the unwary can quickly choke to death.

So maybe Omochi’s music is best to sample in small chunks initially? Could be too much for the uninitiated? A 7” might be a safer initial taste of what Omochi is going to do to your brain – there’s an album on the way – could be time to stock up on soft furnishings.

Omochi is in fact Tadaki Matsunaga, of early 2000s Tokyo three piece Femini Flyers. The Feminis were Tadaki (bass), Sachie (vocals) and Koji (drums). Their 7” single “Like You See” and “Masterbed” was an early Ethbo release – the most requested track from Japan Blues’ Boiler Room Collections video, since it was first aired, way back in 2014 – now all sold out. Since that recording, Tadaki has built, and been working in, his home studio. Devil and Happy Moment are a hint of the album that Omochi has ready. Grill-ready – wanna bite?

Mastered by Kuratani, pressed at the only independent record pressing plant in Japan: Toyo Kasei. Housed in psychoactive sleeve and label artwork by Mishumaro Nakamura.