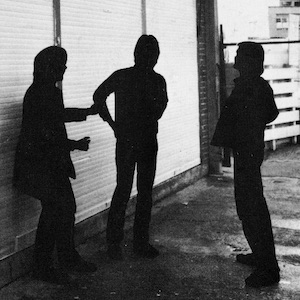 
Alternative TV were, and remain, a radical creative force. Originally formed by Mark Perry
(Mark P), and Alex Fergusson (later of Psychic TV) in the early days of punk, when Perry was editor of the pioneering punk fanzine, Sniffin’ Glue.

Early rehearsals were held in Throbbing Gristle’s Industrial Records studio, with Genesis P-Orridge on drums. After line-up changes, the 1978 release of Life After Life saw Dennis Burns on bass, Chris Bennett on drums, Kim Turner on guitar and Mark P. on vocals. The session was produced by prolific Trojan Records artist and producer Joe Sinclair, and released on the independent label Deptford Fun City Records.

The song presents a “conscious” lyric through an urban music form of its time. And here’s the result, more than 40 years on, the dub still rocks. Perry’s vocal, like no other from the punk era, talks of the afterlife, in a twisted nod to Nietzsche, he chants “Wake Me Up When We Are Dead”.

Mark E Smith, in the early days of The Fall, cited Alternative TV in a list of favourite music – alongside Johnny Cash.

Sleeve and label artwork re-jigged by Will Bankhead. There’s no better way to skank yourself to Armageddon.