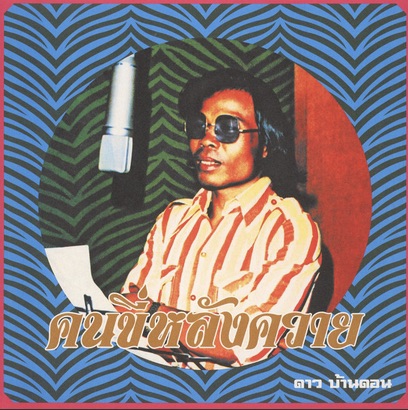 Paradise Bangkok, Soi 48 and EM teamed up to deliver a series showcasing the extraordinary performances of some of Thailand’s greatest musical legends. Thailand in the 1970s was a hotbed of musical talent, and Dao Bandon is one of the enduring greats of that era. Born in the farm country of the Isan region, Bandon came from a poor family and was a monk during his teens, two great influences which shaped him, with his farm roots grounding the earthy heart of his lyrics, and his years of monastic chanting lending a unique resonance to his singing. After an apprenticeship with some of the greats of Thai music, Dao Bandon began to enjoy success leading his own band. The songs here, released in the 1970s, showcase the infectiously joyful Bandon groove, his mellifluous voice, and his captivating melodic sense. His lyrics deal with sex, love, marijuana, and the struggles of the poor, but no matter what he sings about, a sense of good cheer is always evident. Featuring parallel translations of the lyrics, in-depth liner notes, rare photos and of course great music, ”Man on a Water Buffalo” is yet another example of Thai excellence from EM Records.