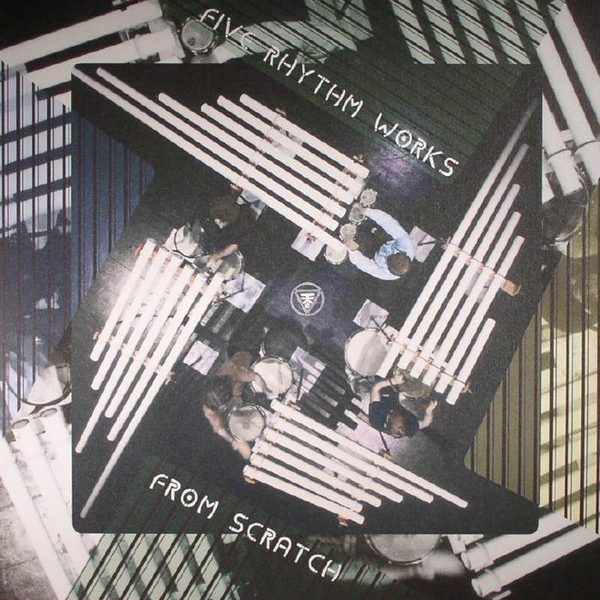 Beginning in 1974, based in New Zealand, the sound-performance group From Scratch used an evolving array of percussion instruments to create a distinctive rhythmic music, making use of found and re-purposed objects as well as custom-made percussion instruments. And while the music has a sophisticated, fluid and intelligent polyrhythmic drive, pitched percussion features prominently, using micro-tunings which evolve and mutate, making use of intricate interlocking of melodic and rhythmic elements.

Given their Pacific identity, one can find similarities with a number of Asian Pacific musics, it will also intrigue admirers of the early work of Steve Reich and Terry Riley. Formed by Phil Dadson on his return to New Zealand following his late-60s involvement in the U.K. with Cornelius Cardew’s Scratch Orchestra, Auckland’s From Scratch embraced an egalitarian ethic, focusing on co-operation, integration, and the union of opposites. These four tracks, ranging from 1974 to 1982 are propulsive and yet serene, percussive and yet sweetly tonal, and toe-tappingly alert, an immersive and distinctive sound world. ”Passage” was their first recording and is previously unissued.