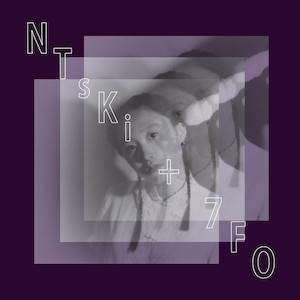 In 1981, Brenda Ray / Naffi Sandwich released the sweetly yearning “D’ Ya Hear Me!” The song is now considered a post-punk classic, and here we have a warm digi-reggae version sung by Kyoto composer/producer/vocalist NTsKI (“Natsuki”), with backing tracks performed, recorded and mixed by Osaka-based producer/guitarist 7FO ( “nana f o” ). Also on this release are a karaoke version, plus two remixes, the first a dancehall-flavoured version by Bim One Production, a Tokyo electro-reggae production duo. The second mix is from Nagoya-based electronic producer CVN, who provides a harder version.