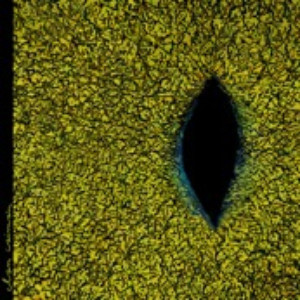 The music of Clan Caimán is primitive and hypnotic. It is located in the pre-rock era and from there, it proposes a different evolution path for music from the 1950s to present day. Like a different musical development in a parallel timeline. Gamelan, Hawaiian music, surf, exotica, rainforest or aquatic; these elements make up the palette which constructs a mystic and profound music that seeks ancestral connection.

Formed in 2016 by musician, composer and producer Emilio Haro looking to create music generated by group dynamics, Clan Caimán differs from his past two solo albums ( “Panorámico” in 2007 and “Estrambótico” in 2012, both on Radiaciones Armónicas) in that these were studio work and not meant to be played live.

This debut album contains eight anachronistic and oddly familiar compositions that range from introspection to trance, tracing their own sonic landscape.